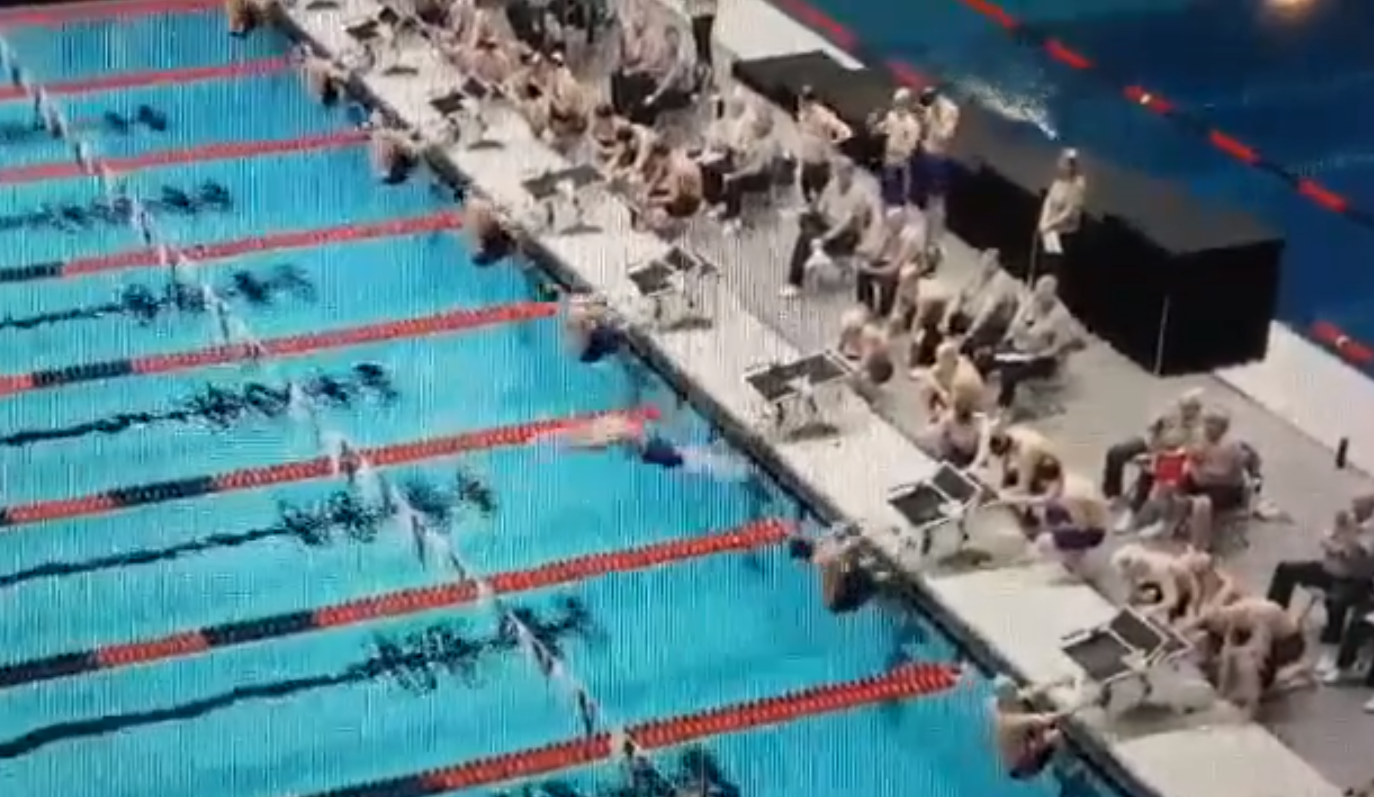 On-deck swim officials don't fumble so badly, generally. But, let's look at the use of technology and leverage it when we can.

In the first championship final of Saturday afternoon’s state meet, the 200-yard medley relay, an audible gasp came from the crowd as Chesterton’s leadoff swimmer noticeably took off well before the starting beep came.

Naturally, the officials caught the false start and disqualified … Franklin, which was minding its business four lanes away.

Okay, "minding its business" might be a stretch — Franklin was one of four teams, along with Carmel, Chesterton and Penn, flagged by officials for an early departure during that medley relay, but somehow the only one confirmed by two officials and removed.

(For what it’s worth, Grizzly Cub coaches said they reviewed the exchange on which their alleged infraction took place and said it looked clean.)

The decision/indecision caused quite an uproar on deck as coaches from various teams conferred with one another and watched replays of the beginning of the race.

Photo stills of the start showed that the hands of Chesterton backstroker Alejandro Kincaid hit the water before Carmel’s Wyatt Davis had even let go of the starting handles in the next lane — yet the Trojans remained on the podium in fourth place. Even their own fans could be overheard in the lobby after the meet, still stunned that they somehow escaped justice.

Franklin coach Zach DeWitt went over to the officials’ table after the race and protested the decision, but to no avail. The Grizzly Cubs, who had finished sixth in the water, were pulled out of the award ceremony.

The effects of that call rippled through the entire meet. Franklin, which was positioned for a likely team finish somewhere between fifth and eighth, was hobbled by the 26-point hit and wound up tied for ninth with Center Grove — which moved up from seventh to sixth in the medley relay after Franklin’s DQ and gained two extra points.

Chesterton, able to hold onto its 30 points, stayed up for third place, knocking four other teams down a peg. Hamilton Southeastern, which like Center Grove got two extra points out of the affair, wound up tied with Penn for sixth. All of the top 10 team finishers, save champion Carmel and runner-up Munster, had their placement impacted by the decision in some fashion.

And none of it had to be that way.

With the event being broadcast online by the IHSAA and hundreds of camera phones likely catching a clear view of the start, one has to wonder why controversial disqualification calls such as that one can’t be reviewed on the spot.

Heck, never mind the footage. The IU Natatorium has equipment on site, placed on the starting blocks, that can detect whether a swimmer takes off early, whether at the start or before the teammate preceding him or her on a relay touches the wall. It’s used in NCAA meets and Olympic trials held at this same facility.

So why can’t the IHSAA use it too? In this age, with so much technology available that can mitigate or eliminate human error, it seems pretty silly not to use it.

After Saturday’s fiasco, DeWitt seemed eager to state his case.

"(Franklin athletic director Bill Doty) and I have already talked about us crafting an email to encourage the kind of change that probably needs to take this sport into the 21st century," the coach said, "and I can assure everyone that there’s not a coach on the deck that wouldn’t be in favor of it. Who doesn’t want fairness in this sport? That’s what we’re striving for, and we’re doing it for the kids."

Indiana has long been known for its stubborn refusal to ride the wave of progress; the state almost seems to take pride in its unwillingness to keep up with the times, and the IHSAA is no exception. The belated move to class basketball, the ongoing refusal to abandon the blind draw in all of its state tournaments (already written that one before), and now this.

The counterargument is, "Well, we don’t want to take the power out of the hands of the officials" — but what kind of power are we talking about? The power to mistakenly penalize some swimmers and let others off the hook?

Swimming officials presumably take on that role because they’re passionate about the sport and the positive impact it can have on young athletes. They should be just as in favor of getting calls right as anyone else, if not more so.

And if the IHSAA is true to its mission statement, it should want the same thing.

Indiana’s state swim meet is one of the fastest and most prestigious in the country, and it’s held at one of the most modern facilities in the sport. The tools to do the job right are already there. Steadfastly refusing to use them, while very on brand for the Hoosier State, is a disservice to the young men and women that the IHSAA purports to serve.

Officials made a mistake on Saturday. Why not use the available means to prevent that from happening again?

Ryan O’Leary is the sports editor for the Daily Journal. He can be reached at roleary@dailyjournal.net.

The technology can't be used on backstroke, as it can  in other types of dive take-off.

Seems that there are other blocks that have been used at the IUPUI Natatorium too. These blocks are not the best.