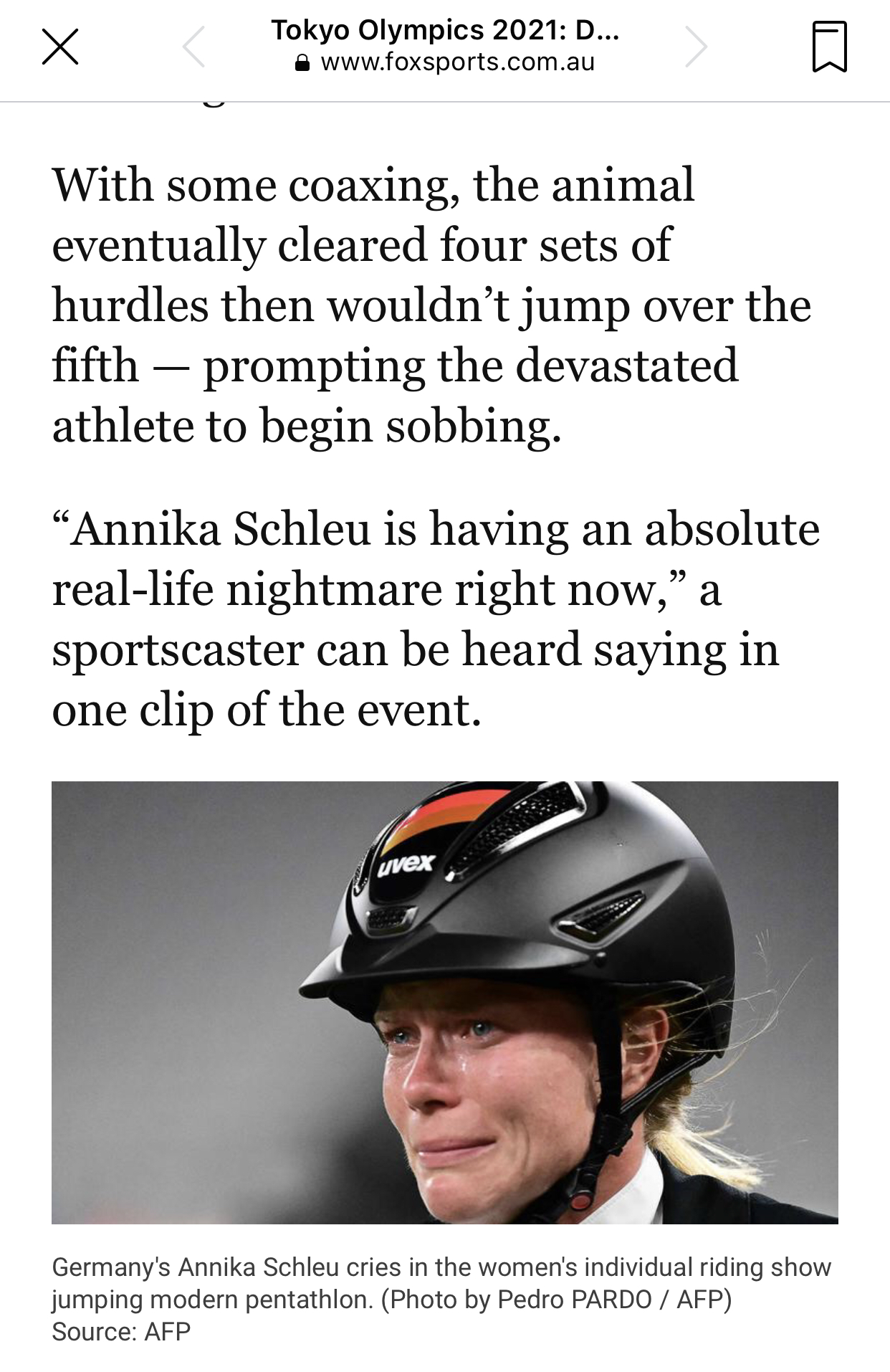 A world champion German pentathlete burst into tears during an equestrian event at the Tokyo Olympics Friday when her stubborn horse refused to jump, dramatic footage shows.

Annika Schleu, 31, of Germany was in first place when the horse she was assigned, Saint Boy, appeared to become spooked and resisted even entering the arena.

With some coaxing, the animal eventually cleared four sets of hurdles then wouldn’t jump over the fifth — prompting the devastated athlete to begin sobbing.

“Annika Schleu is having an absolute real-life nightmare right now,” a sportscaster can be heard saying in one clip of the event.

“I tried but he did not want to go. I just started crying,” Schleu said.

“I did not expect to make him go and that was the reason I was crying … I felt the horse lacked confidence. But I tried my best.”

Pentathlon riders are given randomly assigned horses for the event and bonding with them quickly is considered part of the challenge.

Before the equestrian mishap, Schleu had been ranked number one after competing in the pentathlon’s fencing and swimming events.

Schleu was later criticized for online using a whip in an attempt to get the horse to hoof it over the jumps.

Her coach was also criticised after punching the animal on the hind leg and reportedly screaming “kick it more from the sideline.