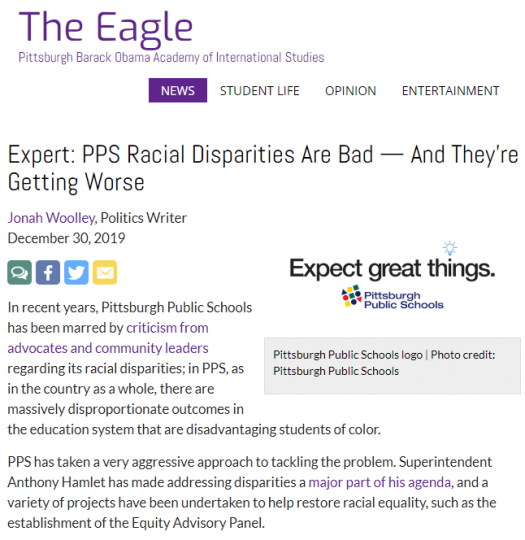 The full text of the article is at the school's newspaper website.